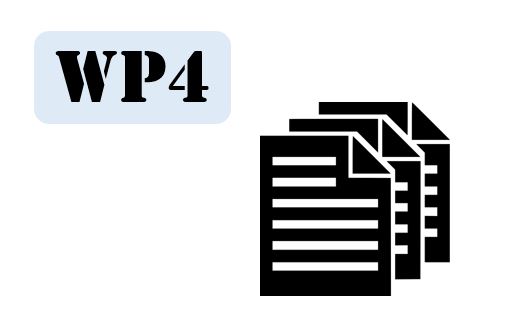 This deliverable reports on the developments made by the partner Inria to meet these two objectives. This deliverable is the last one about WP4, thus providing a description of simulation tools in their last version. All these tools are open source, freely accessible to the community.

The report starts with simulation tools for the purpose of performing short term prediction of the trajectory of people around the robot. This problem is known in the community as the one of human trajectory prediction HTP. Since the beginning of the CrowdBot project, in 2018, the development of deep learning modeling approaches has revolutionized the field, moving it from knowledge-based models to data-driven ones. CrowdBot actively participated to this change, and the current report details our HTP solution called “Social-ways” (Section 2.1). Social-ways is based on a GAN approach (Generative Adversarial Networks) that is trained in a special way to avoid the mode-collapse problems, that tend to average together possible trajectories corresponding to different choices (e.g., turning left or right).

The report then continue with Section 2.2 that is dedicated to another kind of prediction problem, which is the one of the presence of the human in zones which are occluded to the robot sensors. This problem is quite new  in spite of its importance to perform more accurate prediction of the short term trajectories of people around the robot. One can understand that those trajectories can be influenced by their own neighbors, potentially unseen by the robot. It should be said as well that a robot of moderate height, such as the ones considered in the CrowdBot project, will be able to perceive the position of only a few people at direct proximity. The approach we present to solve the problem is data-driven, and based on prior knowledge on the patterns of people that crowds may exhibit.

Section 3 is dedicated to simulation-based evaluation tools. The objective is slightly different from the previous one. The objective is to study, in simulation, the behavior of robots in a large set of different situations, covering as far as we can all possible configurations of the neighborhood. Unlike HTP problems where an accurate prediction of individual trajectories is expected, we here try to cover all possible evolutions of a large set of configurations. Section 3.1 and 3.2 present the objectives and overview of the Crowd-robot simulation.

Section 3.3 details UMANS, our internal crowd simulation software the specificity of which is to be able to reproduce a number of existing algorithms in one single architecture. Section 3.4 presents how crowd simulation is extended to include robot navigation as well as immersive capabilities. Immersion of real users in the crowd-robot simulation is presented as a way to palliate limitations of humans simulation that can’t cover all possible human behaviors and specific reactions to a robot.  Section 3.5 contains information about the CrowdBot Challenge developed during the project.

Finally, conclusion discuss direction for future work in the area.