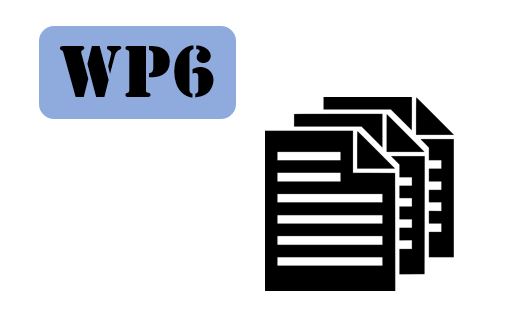 This report reports on the ethical protocols developed and followed during the CROWDBOT project and on all ethical and safety advisory board (ESAB) meetings held throughout the project. The ESAB served as a committee. We report here on the opinions of several experts as a group. After these meetings, we organized an international workshop to convey to a broader audience the ethical and safety challenges of robots in crowds.

The first section of this report details the ethical protocols at EPFL for driving reactive control experiments with the robot Qolo at different locations on the EPFL campus; at UCL, for the different experiments involving wheelchair users for shared control navigation indoor and outdoor settings; at ETHZ, for navigation and interaction modalities with the robot Pepper, and finally, at Locomotec for testing and evaluation of the developed algorithms with Locomotec’s different robotic products.

The second section gives a detailed summary of the discussions held during each ESAB meeting presenting the topics addressed, opinions, suggestions, and concerns raised throughout the project. Each meeting was summarized in a table of questions/concerns, and responses/actions from the Crowdbot project. Finally, we have included a roundtable with wheelchair end-users organized between the team at UCL and EPFL for gaining feedback regarding the ethical questions raised during the design of shared-control strategies for wheelchair driving support, this meeting concluded that each user’s different needs shown be address and consider when designing a driving support system, as not every user would need or want assistance.

In section three, we present the proceeding of the Workshop entitled: “Robots from Pathways to Crowds: Ethical, Legal and Safety Concerns of Robots Navigating Human Environments.”, which was held within the IEEE ROMAN-2020 conference in a virtual format. In this workshop, we targeted a broad audience that could relate the issues raised over the Crowdbot project around the ethical and safety concerns of having robots navigating around people, therefore, invited talks addressed several aspects from the technical challenges, social, ethical and safety concerns, and legal frameworks required to achieve these types of robots. Finally, section four reports on our current work to address safety and ethical concerns that are not covered in current standards on mobile service robots (ISO13482). Indeed, the latter still lacks the appropriate set of metrics and perspectives to assess a robot in the broad context of human-robot interaction with stakeholders involved in a robot navigating on open human environments.